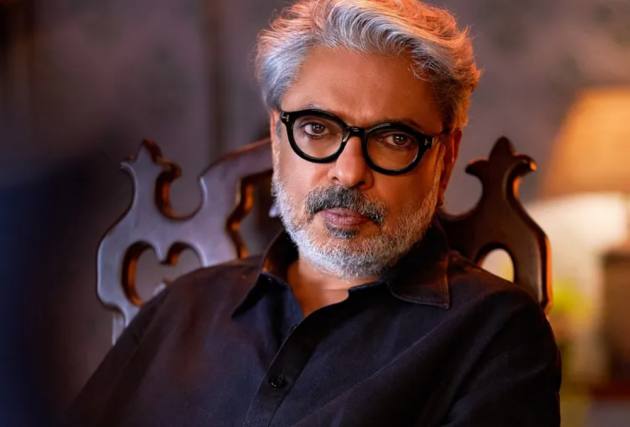 Sanjay Leela Bhansali has given definitions to visual extravagance and quaint musicals with his extraordinary storytelling. Known for perfecting all aspects of his filmmaking, the director has impressed audiences around the world in front of his cinema. From his first film “Khamoshi: The Musical” to his latest film “Padmaavat”, the director gave something new and spectacular to each story.

Marking 25 years in the Hindi film industry, the director has always been celebrated for his contribution to Indian cinema. Recently, in a candid conversation, Bhansali shared the story behind becoming a director.

Coming back to his childhood memories watching a shoot for the very first time, the director shares: “I remember when I was a 4 year old child and my father took me to a shoot, to watch – he I had gone to meet his friends, and he said you sit here, I’m just gonna meet my friends and come over and I was sitting in the studio and thought that was the place that looked to me the most comfortable, more than a school, more than a playground, or more than a cousin’s house, or anywhere in the world, I thought it was the most beautiful place in the whole world and i was watching a cabaret get shot and they kept doing it over and over and over again. what i actually remember the most from that night is when my dad said to me, sit here and don’t move, and go nowhere. Today, when I think about it and when I realize that 25 years counts, all my life after that, I have dreamed of being here and I am happy ent being stuck here and doing what I have to do. “

Recalling his fond memories of being at the theater which used to show films through projectors, the director further shares: â€œI still remember, when I was a child, going to the theater and watching those projectors that had a beam of light falling on the screen, in front of my, my mind would never be there. My mind would be there and ghost particles would float in it and say, okay, one day my story will float.

Delighted to have made his childhood dream come true and to have marked the world with his cinema, the director can’t wait to create more amazing stories for everyone, “All these things that I have done. I think that 9 films that I made and that I’m doing the 10th. It’s been 25 years and 25 more, â€explains the director.

The director has two highly anticipated releases, including the theatrical release of â€œGangubai Kathiawadiâ€ with actress Alia Bhatt and the ambitious pre-independence courtesan project â€œHeeramandiâ€ for Netflix.

Netflix recently announced ‘Heeramandi’ as its flagship show from India in the Global Slate ad. Speaking about this great project, Bhansali shares, “‘Heeramandi’ was something my friend Moin Baig gave me 14 years ago. And then finally when we featured it on Netflix and they loved it . They thought he had great potential to make a mega-series. It’s very ambitious. It’s very big. It’s very broad. You have the history of the courtesans before independence. They kept it. music and poetry and dance and the art of living politics within the kothas and how to emerge as a winner. ” The series features an eclectic all-star cast and a talented crew to lead their exciting project.

[With Inputs From Pinkvilla]