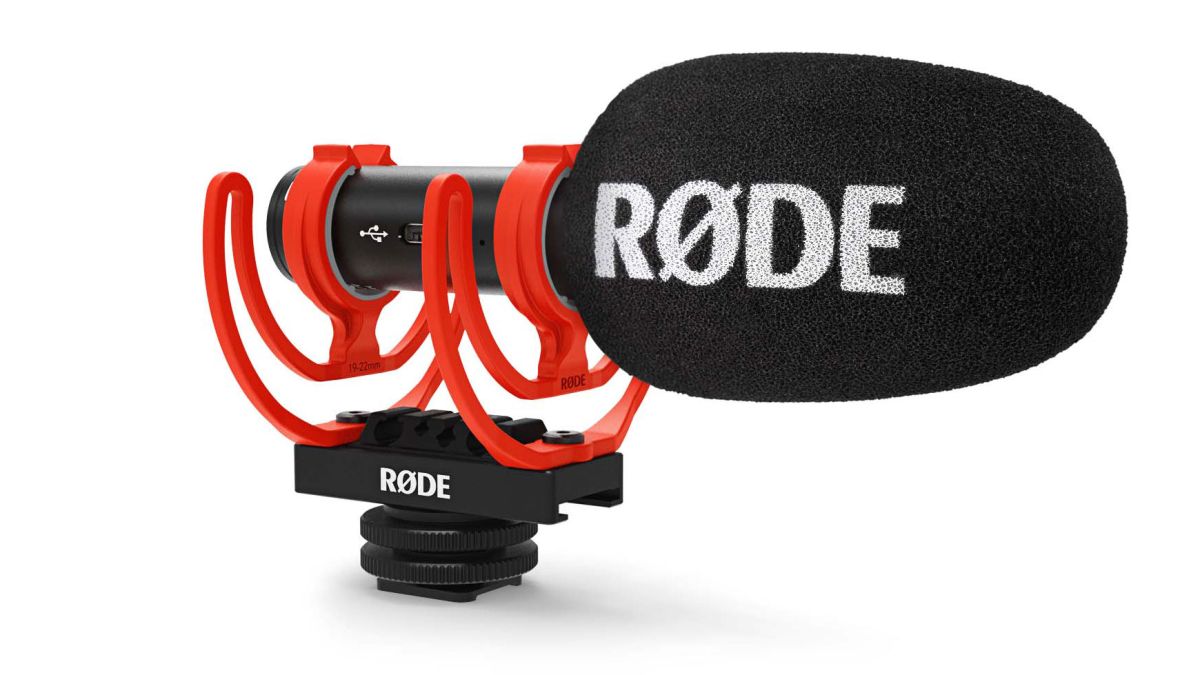 The VideoMic GO II is a lightweight directional on-camera microphone designed to deliver the same audio quality and ease of use as its predecessor, the original VideoMic GO, but with a series of improvements and new features. .

These include a new and ‘revolutionary’ acoustic design first used with RØDE’s VideoMic NTG and NTG5 shotgun microphones, and two inputs, via a standard 3.5mm port for connection to a camera and a second USB Type C port for direct connection to a smartphone or desktop computer. A 3.5mm SC-14 cable is included, while USB C, A, and Lightning cables are sold separately.

When the GO II is connected via USB, its 3.5mm TRS socket can then be used for audio monitoring – a very smart feature that adds to the capabilities of the GO II not only as a mic on the camera, but also as a podcast / desktop microphone.

The GO II is powered by the camera / computer, so there are no additional power cables or batteries. It weighs only 89g, which adds little to the weight of the camera, and it comes with a hotshot mount for mounting the camera, which also has a tripod screw in the base for attaching the mic. on a tripod or stand. A plug-in foam windshield is also included.

The VideoMic GO II’s lightweight design makes it ideal for on-camera use, but its USB output and audio monitoring allow it much wider use with smart devices and laptops in a wider range of shooting situations. . It works directly with the RØDE Reporter app for iOS and Android devices and with the RØDE Central and RØDE Connect desktop apps.