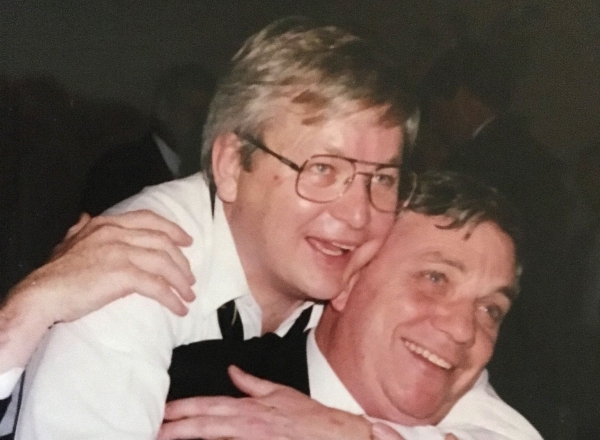 John Alexander Atkins was born on March 19, 1944 in North Adelaide. Photography was in his genes, his father William running a racetrack photography business including processing facilities from 1936. His mother worked as a hand colorist in the business.
The early years were spent in the dunes of Somerton Park on horseback and adventure with friends. Around 1950, he was one of 800 patients admitted to Northfield Infectious Diseases Hospital with polio.

He went to work with his father at 14, leaving Adelaide Boys High School. At 16, John built a big Hartley cabin cruiser, just to prove to his father that he could. He photographed horse racing, trotting and greyhounds and began filming films at races to help the stewards. He was also involved in designing and implementing the now familiar photo-finish system to aid the judges.

He then filmed baseball, cycling and greyhounds, and photographed yearlings for the Blood Horse Breeders Association.

He was flown in to film the Melbourne Cup for the TV news. He photographed: Sabrina (an English glamor model); American Mouseketeer James Dodd; Queen Elizabeth; the Duke of Edinburgh; the Queen Mother and many South Australian Governors and Parliamentarians.

He has photographed for South Australian affluents, including the Kidman family, as well as Lindsay Park and the Hayse family. He was Ansett’s official photographer for many years.

In 1962, his mother, tired of hand-coloring all the photos, encouraged John to visit Kodak and learn how to use the new color processes. The first color print was delivered to John Haigh of Haigh Chocolates shortly thereafter (the family still has that original still). Atkins pioneered professional color processing services in South Africa. One of John’s first color processing clients was renowned aerial photographer D Darian Smith, whose reputation attracted many new clients. He started flying himself, piloting for Darian and eventually taking over his aerial photography business. Darian’s complete collection of aerial work was recently donated to the State Library by the Atkins family.

The laboratory grew rapidly and a dedicated city building at 262 Pirie Street was constructed in 1970. In 1981 John founded Gainsborough Studios with Norman Weedall to develop portrait photography in South Africa. Within a few years he had sold Gainsborough to Norman.

John has created workshops and trade shows for professional photographers in South Africa and Vic with the aim of improving their photography and business skills, which greatly benefits the industry. In 1990 he bought Technicolor and over the next five years the two companies merged into one, “Atkins Technicolor”. John also launched a color copy center in his building at 25 Hutt Street in Adelaide using Meteor-Siegen direct-to-paper R3 copiers, a precursor to the digital copier.

In 1994 the horse racing photography business was sold to Terry and Hilary Hann, who still operate it today. In the late 1990s, John and his son Paul began developing digital printing services and pioneered many techniques for high quality digital output based on Kodak’s Pegasus LED digital-film hybrid printers. They have put a lot of effort into helping photographers to take digital shots and manage a digital workflow by holding workshops.

In 2007 John and Paul purchased Duckpond and merged staff and services into Atkins’ workshop at 89 Fullarton Road. John never officially retired until his departure in 2019, but Paul had taken on more responsibility since the early 2000s.

John was State Chairman of the Australian Institute of Professional Photography (AIPP) for 5 years and Territorial Vice President for Australia of the Photo Marketing Association International (PMA) and was a regular at their events in abroad and between states. John has supported industry associations throughout his career, believing that “a rising tide floats all boats”.

After selling the Kent Town building to Paul and Kate in 2019, John and Marilyn moved to explore the possibility of living in Port Douglas, but after just six months he was diagnosed with myelo-dysplastic syndrome, a precursor to leukemia, which he unfortunately developed. in.

They moved to Cairns for treatment and spent three years under the excellent care of local haematologists. John died in the cancer ward at Cairns Hospital on July 29. Many members of his family had visited him during this stay and during the previous months, and Marilyn and Paul were at his bedside during his death.

Around 200 current and former family, friends and employees gathered to celebrate John’s life at Morphettville Racecourse in South Australia on August 29.

Get up to $1,500 in savings on Hisense projectors and smart TVs