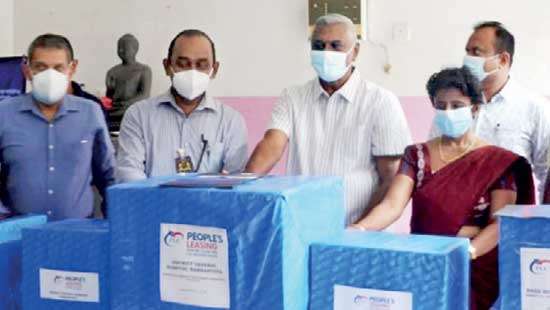 People’s Leasing and Finance PLC showcased essential medical equipment to bolster COVID-19 testing and treatment at three public hospitals in the South region, including Hambantota District General Hospital, Tangalle Base Hospital and the Beliatta divisional hospital, at a cost of over Rs. 6 million.