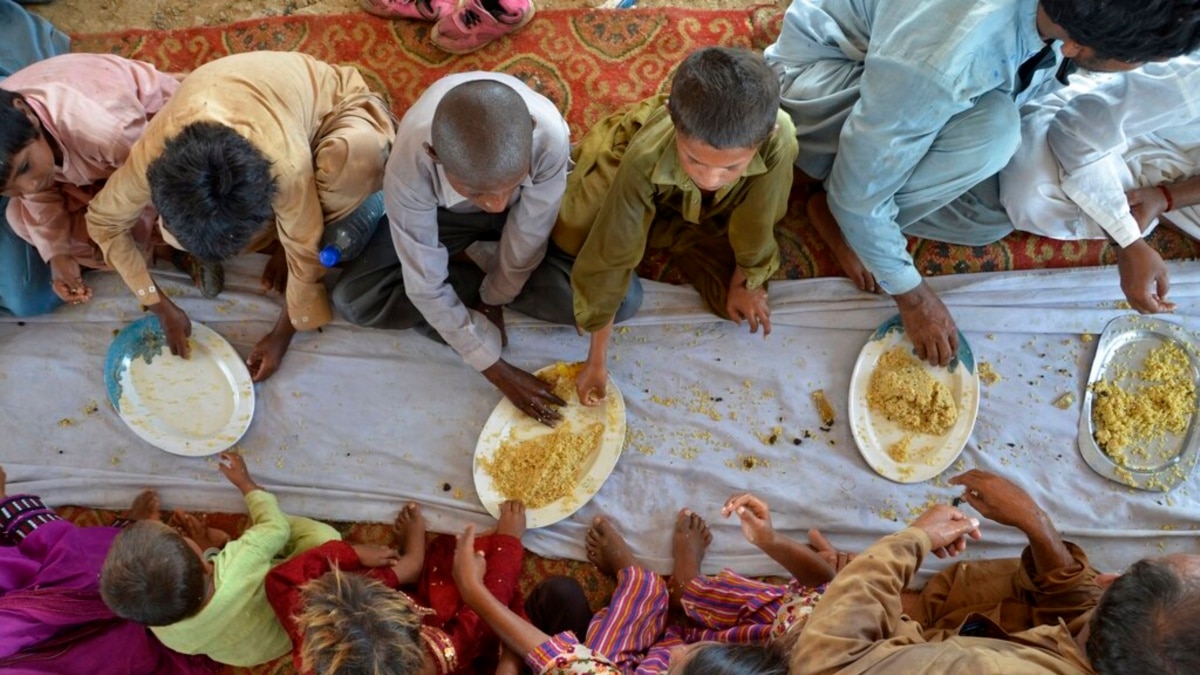 Pakistani engineers and soldiers cleared a key highway on Thursday to allow aid workers to speed up supplies to survivors of the devastating floods that left hundreds of thousands homeless and killed 1,508 people, mostly women and children.

Traffic between the flood-hit city of Quetta, capital of southwestern Balochistan province, and southern Sindh province has been suspended for weeks after flooding damaged the main highway. The blockage had forced the military to send aid to the victims by helicopters and boats.

As the road reopened, engineers in Baluchistan also restored power to millions of people, according to a government statement. And the disaster’s deadly toll has become clearer, with the UN children’s agency saying on Thursday that 528 children were among those killed in the floods.

The National Flood Response and Coordination Center said this summer’s monsoons and floods – the worst deluge in living memory – destroyed 390 bridges and swept away more than 12,000 kilometers of roads across the country. The flooding of the roads affected the government’s response to the floods, and people complained that they were still, weeks later, waiting for help from the government.

The crisis has affected more than 33 million people, damaged 1.8 million homes and displaced at least half a million people who are still living in tents and makeshift shelters, according to the National Disaster Management Agency. The water destroyed 70% of the wheat, cotton and other crops in Pakistan. At one point, a third of the country’s territory was submerged by floodwaters.

But the government, in a statement on Thursday, insisted there was no shortage of food in Pakistan and plans were being made to import some food items.

Initially, Pakistan estimated that the floods had caused $10 billion in damage, but today several economists say the cost of the damage is more like $30 billion. That’s five times what the Pakistani government will get under the 2019 bailout package signed with the International Monetary Fund.

So far, 100 flights from different countries and international aid agencies have delivered much-needed supplies, the Foreign Ministry said on Thursday. A few weeks ago, the United Nations urged the international community to contribute generously to relief, salvage and rehabilitation work.

On Wednesday, the UN resident coordinator in Pakistan, Julien Harneis, told reporters that member states had so far pledged $150 million in response to an emergency appeal for $160 million. So far, he said, $38 million pledged by the global community has been converted into aid to Pakistan.

Palitha Gunarathna Mahipala, the representative of the World Health Organization in Pakistan, handed over medical equipment and medicines for flood victims to the provincial Minister of Health, Azra Fazal Pechuho, in Karachi, the capital of Sindh , the province of the country most affected by the floods. .

Mahipala told a press conference that he had traveled to flood-affected areas where WHO staff were on the ground, providing medical camps and mobile medical clinics. He said the WHO will soon provide more aid, vehicles and boats to the Sindh government so that officials can use them to reach flood victims in remote areas.

In addition, WHO has been assisting Pakistan for several weeks in tackling the outbreak of waterborne and other diseases among flood victims in Sindh and elsewhere in the country.

The impoverished nation diverts funds from development projects to help flood victims. This week, Prime Minister Shahbaz Sharif promised the country’s homeless that the government would ensure they were paid to rebuild and resume their lives. With winter just weeks away, displaced people living in tents worry about their future.