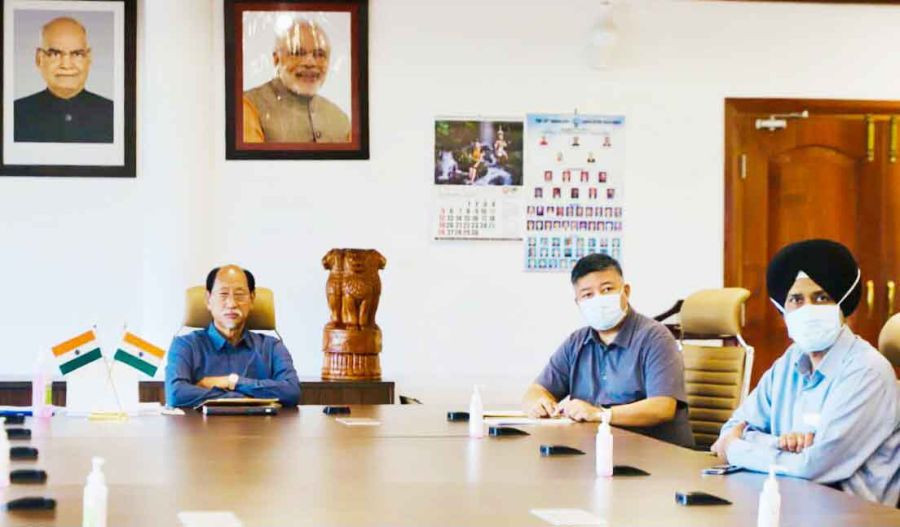 During the brief interaction via zoom, Rio thanked the Vice President of Casio India and his colleague Sachine Sharma for supporting the work of TaFMA, said a press release from Dr Hovithal Sothu, Project Director, TaFMA.

â€œFor a music industry to reach its potential, partnership between business and business is very important and I cannot be emphasized enough, and I salute this very noble gesture by Casio to propel Nagaland as part of your CSR program – Gyan Ki Roshni or Light of Knowledge and donation of 100 hybrid LED laser projectors in Nagaland â€, said the CM.

The CM mentioned that CASIO has been involved with Nagaland for many years now, especially with the famous Hornbill Music Festival, and stated their deep appreciation for Casio and said they are looking forward to many more collaborations and partnerships.

He also invited the executives of Casio India to visit the famous Hornbill Festival this year. â€œYou (Casio) have a friend in Nagaland and can be assured of my support for your ideas and activities in the state,â€ he said.

Kulbhushan in his brief speech said: â€œOur association with Nagaland dates back to 2010 when we collaborated with the then active government music organization – Music Task Force. For 2 years, we have been working with TaFMA to support music education in Nagaland. This year, we extended our support to the Nagaland government by donating 100 hybrid LED laser projectors (mercury free) to support their digitization program. We expect that, through these projectors, the government can spread awareness messages with various social, economic, health, agricultural, educational, etc. activities.

â€œIn the future too, I would like to collaborate with the government in other areas such as supporting mathematics education through technology,â€ he added.