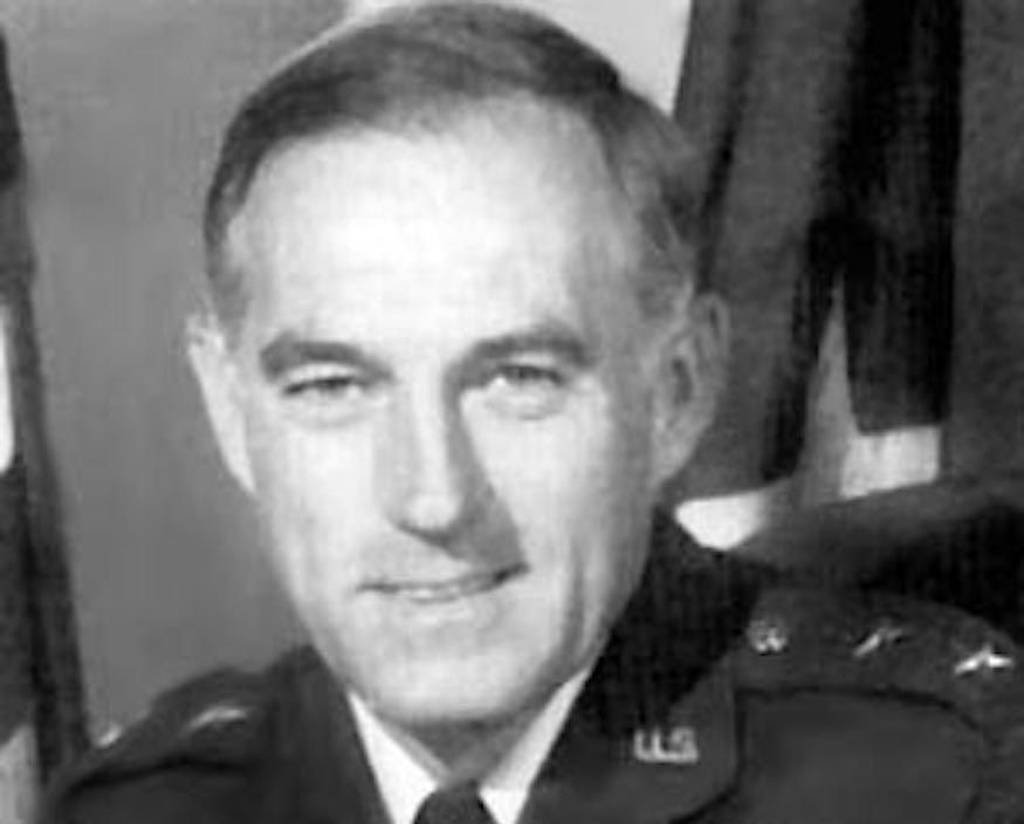 After graduating from the University of Alabama in 1954, Bowling accepted a commission in the United States Air Force. A fighter pilot by trade, Bowling has accumulated more than 6,500 flight hours on several different aircraft during his 28-year career.

In January 1968, Bowling was assigned to the 12th Tactical Fighter Wing, located at Cam Rahn Bay Air Force Base, Republic of Vietnam. From January 1968 to February 1969, Bowling flew over 200 combat missions over Vietnam and flew in support of the Banner-class environmental research vessel Pueblo Crisis in Korea. Bowling would earn the Silver Star during one of these missions in Vietnam, the U.S. Army’s 3rd highest honor for gallantry.

On August 29, 1968, Bowling, then a colonel, flew a direct support mission to Americans in contact near the Duc Lap Special Forces Camp. According to his gallantry citation, the Americans on the ground were in intense contact and in danger of being overrun by a numerically superior enemy. Showing “complete disregard for his personal safety, Bowling made repeated passes through the lethal envelope of hostile heavy weapons fire to deliver his ammunition with devastating precision.

His actions that day contributed to the “complete destruction” of hostile forces and their equipment and to the conduct of an organized withdrawal of ground units.

Bowling also served two stints at the Pentagon, working both in the office of the Secretary of the Air Force and then later on the staff of the Chairman of the Joint Chiefs of Staff.

In 1969, while working as Deputy Chief of the Internal Information Division in the Secretary of the Air Force Information Office, Bowling is credited with helping to develop the “Early Bird” newsletter. Hugh Stanley, a friend of Bowling’s for decades, told the Military Times that one of Bowling’s responsibilities was to consolidate defense-related information and distribute it in northern Virginia and Washington, DC. the daily bulletin was transported by hand to its various destinations.

Although the Early Bird Brief is now digital and Published by Military Times and Defense News, it was originally compiled by officers and public affairs officials, such as Bowling, who have worked at the Pentagon for decades. According to USA Today, military personnel around the world came to depend on the Early Bird for information ranging from geopolitics to what affected individual troops at the unit level.

In 2013, the government-funded version of the Early Bird produced by the Department of Defense fell victim to sequestration-related budget cuts. Military Times and Defense News, which had published an adapted version of the Early Bird, began independently publishing the daily defence-related bulletin. Called “Early Bird Brief,” Military Times continues to provide an early morning overview of the day’s top defense news and information so far.

Bowling’s last active duty ticket was to Chief of Staff, Allied Forces Southern Europe. He retired in 1982, moving to Huntsville, Ala, so his children would have stability through their teenage years, according to his obituary. He is survived by his wife, Joan; sons, Mike Bowling and Jim Bowling; and grandchildren, John Michael, Lucy, Jake, Sam, Mathew and Johnathan.

James R. Webb is a rapid response reporter for Military Times. He served as a US Navy infantryman in Iraq. Additionally, he worked as a legislative aide in the US Senate and as an onboard photographer in Afghanistan.