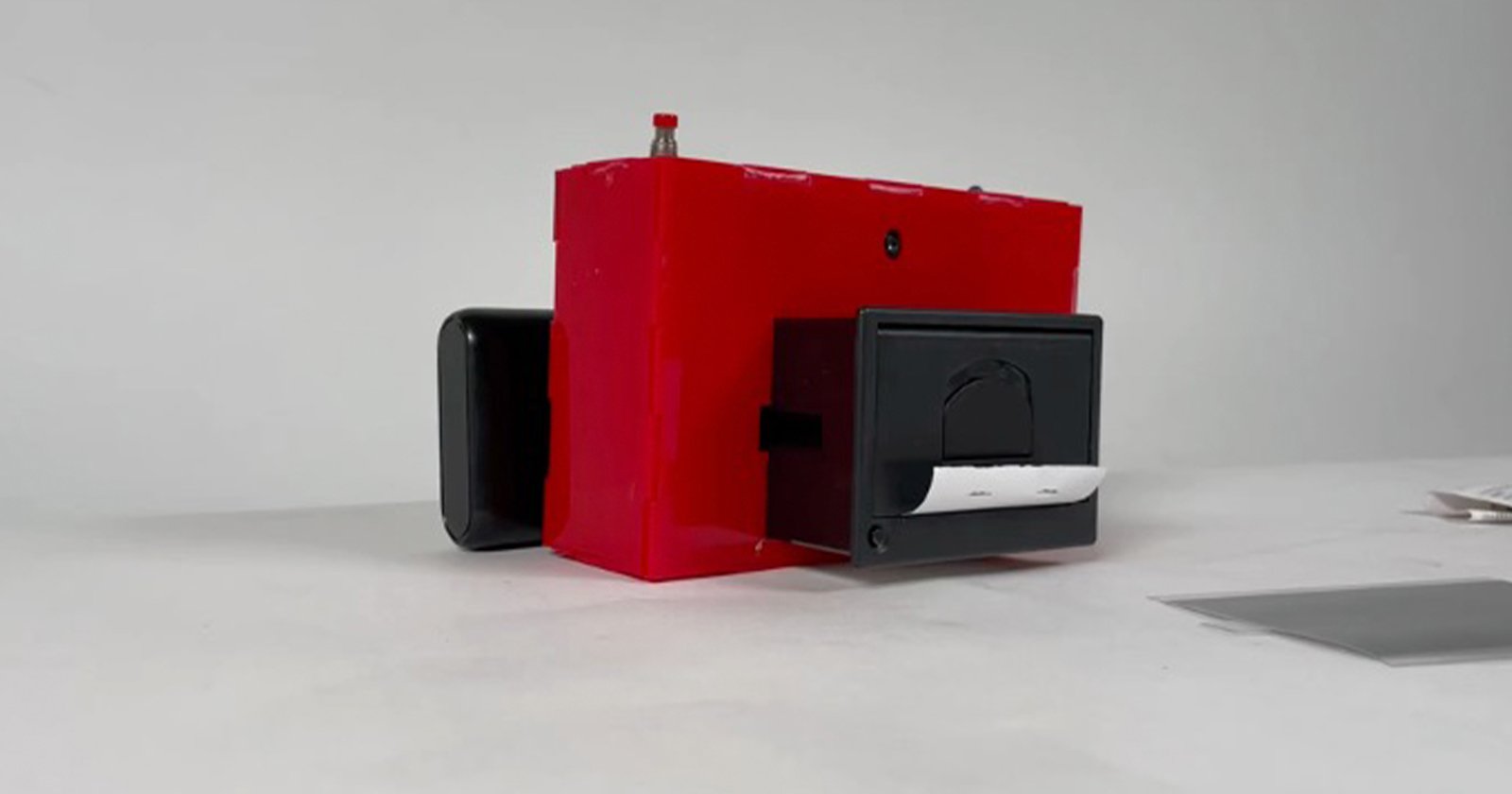 The KineCAM is a camera-inspired instant “DIY” device that allows users to capture and create “animated” photographs (of physical GIFs) in the form of a kinegram.

This interesting project presented earlier this year at SIGGRAPH 2022 was based on and built around a Raspberry Pi was designed by MIT Ph.D. students Ticha Sethapakdi, Mackenzie Leake, Catalina Monsalve Rodriguez, Miranda J. Cai, and Stefanie Mueller. It takes multiple images in a sequence which then prints a single kinegram using thermal paper from a built-in printer.

“Digital photography has seen a resurgence in popularity, and advances in camera technology have spurred exponential growth in the number of photos captured,” the team writes. “Digital photographs are easy to manipulate, reproduce and share, characteristics appreciated in our increasingly connected world.

Kinegram is an animation technique that has been around since before the 1900s, appearing in countless books, playing cards, and even tattoos. While these image types don’t offer the best resolution or frame rate, they do have some unique advantages. The team says kinegrams require viewers to physically engage with the printed images in order to “activate” them, giving the viewer control over the speed and direction of movement, and providing a more intimate and hands-on experience that is absent from the standard digital. Pictures.”

The KineCAM was designed to bridge the gap by merging live capture and manufacturing into one portable device.

Kinegrams are created using “barrier-grid” animation that effectively leverages the principles of moiré to display different images depending on the alignment of the overlay grid. The “total” image is actually multiple images with segments of each arranged in rows which the grid lines cover and reveal as you move it and your brain “just fills in the gaps” as you move the grid to another position .

The MIT team published the device code as well as details on the components needed to build the camera itself, all of which cost just under $100 (not including the Raspberry Pi), making this a pretty fun project or gift for kids. photographers from your list. More information about the KineCAM can be found on the official project page and article here.