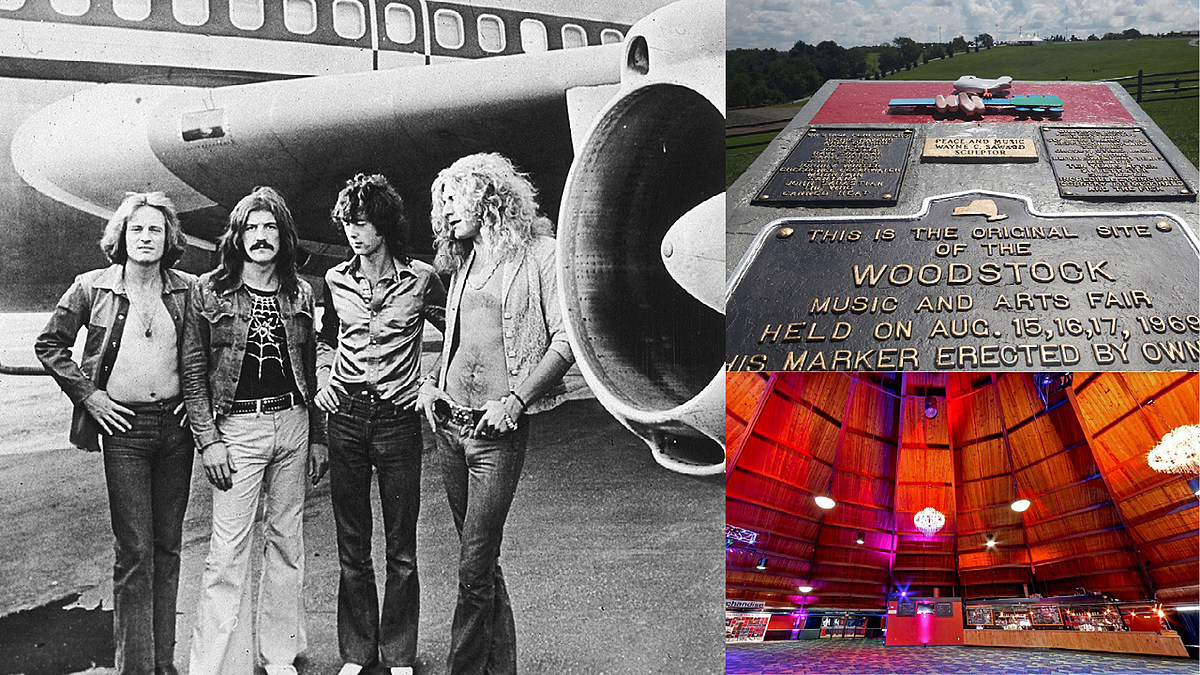 Woodstock was held 52 years ago on Max Yasgur’s Dairy Farm in Bethel, NY, August 15-18, 1969. It featured many legendary rockers of the era, now you know the lineup. One question I’ve always thought about is why didn’t Led Zeppelin play Woodstock?

Did you know that Led Zeppelin chose to perform at the Oakdale Musical Theater in CT on August 17, 1969, instead of Woodstock?

Why? Was it because the appeal of Wallingford was so much greater than that of Bethel, NY? Was it money? Or maybe a contractual dispute?

According to Ultimateclassicrock.com, Led Zeppelin was invited, but legendary band manager Peter Grant decided the band should headlining their own shows. According to the article, Grant reportedly said, “I said no because in Woodstock we would have been another band on the bill.”

Led Zeppelin has only graced the Connecticut stages twice, mostly in a year. The first time was on August 17, 1969, at the Oakdale Musical Theater in Wallingford. The next and last time Zeppelin returned to CT was almost a year and a half later on August 15, 1970. This time Zeppelin played in front of 11,000 at the Yale Bowl in New Haven.

I called my good friend Mike Tremaglio, to get more information on the Oakdale show. Mike is from Southington, and he wrote the book on the history of Led Zeppelin live concerts, literally.

Mike is the co-author of Evenings with Led Zeppelin: The Complete Concert Chronicle – Revised and Expanded Edition, and it’s available for pre-order now. Mike passed decades research and supply proven material and information on each of the 500+ Zeppelin concerts. If there is a question about any of Led Zeppelin’s concerts, Mike has the authority and world respect to answer it, with the facts to back it up.

First of all, neither of us were at the Oakdale show in 1969, I was only 2 months old, and Mike had just attended his very first gig right before Zep’s appearance, Tom Jones, at the Oakdale, during Jones’ 5 Night Run in July. 15-20, 1969. He told me when relating his story “I was young … if only I knew …” Hahaha. (Mike finally saw Zep living in Madison Square Garden, lucky dog)

There’s a good story behind Mike’s quest to find out all about the Oakdale show in 1969 as well. Evenings with Led Zeppelin: the full review of the concert lists two songs from the setlist – Train Kept a Rollin ‘, and I Can’t Quit You Baby. Why? Because the rest of the songs Led Zeppelin played that night cannot be confirmed. If you search the show, you’ll find a source list on setlist.fm that names 6 songs, with the caveat of “setlist possible” below.

Mike told me that the recording of the Oakdale show, which exists, would be hoarded for reasons unknown. Here’s what was posted from the show – from Lemon Boots via YouTube –

Will this recording of Plant, Page, Jones and Bonham rocking the rotating stage in the 1700 seat Oakdale Theater tent ever surface? We look.