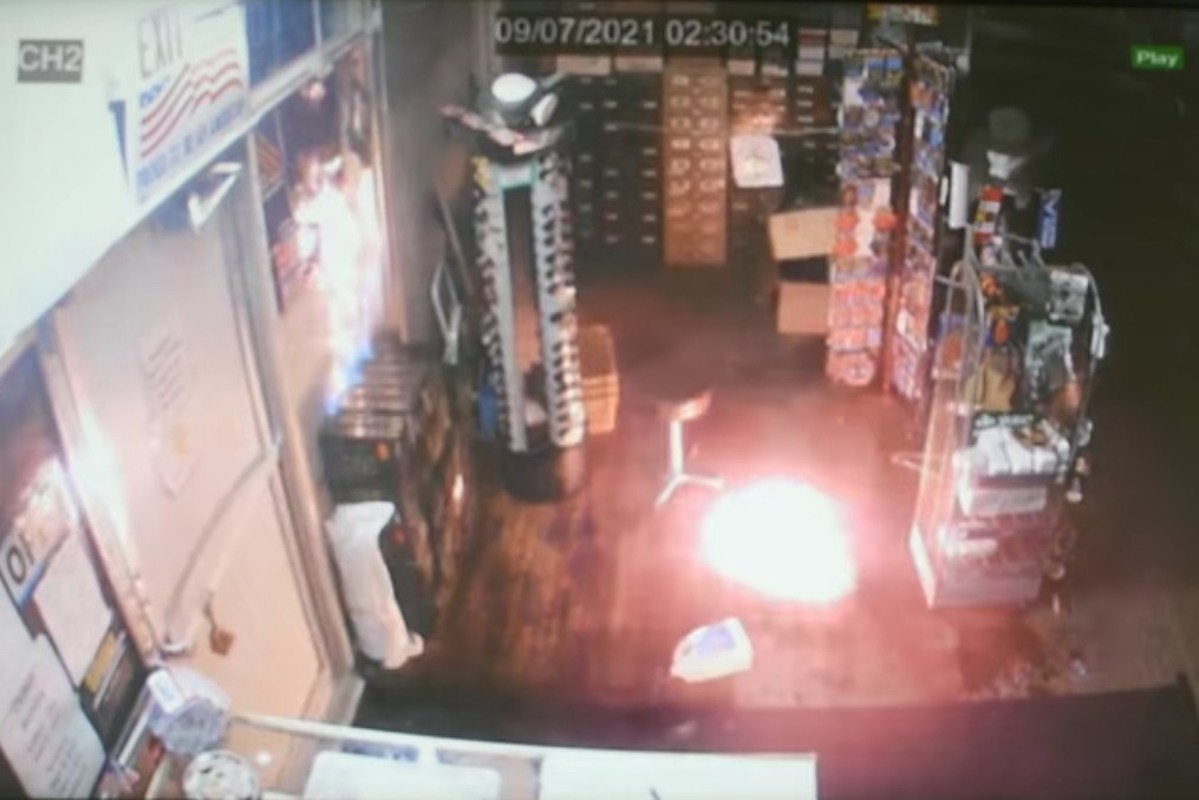 Information is still being sought regarding a September 2021 arson in Cheyenne which damaged a military surplus store.

Laramie County Fire District Fire Department #1 and #2 were shipped to The supply sergeant at 3415 Ridge Road at 5:06 a.m. on September 7.

Upon arrival, they saw smoke and flames billowing from the storefront. The teams were able to control the fire in a few minutes and limit the damage to the building.

The sheriff’s office was called to investigate, and September 13 posted footage from security cameras from inside the store showing what appeared to be someone smashing the window with a rock, throwing a jug of flammable liquid inside, then igniting it.

The agency also released a still image of the suspected arsonist taken by an area security camera in the hope that someone might recognize them.

But MPs still haven’t cracked the case and are again asking for the public’s help.

Anyone with information is asked to call Crime Stoppers Silent Witness at (307) 638-TIPS. Callers will remain anonymous and may be eligible for a cash reward of up to $1,000.

For more information on this case, see our previous articles:

FLASHBACK: Remember those long-gone stores in the Frontier Mall?

In December 2020, Blue Federal Credit Union completed its new headquarters at the corner of Converse and Pershing in Cheyenne. Well, it’s not so much a “corner” as the smooth edge of a roundabout, but anyway. Before Blue FCU built its new campus, the site was at one time a premier shopping destination for Cheyenne. From the 1950s to 2016 it was Cheyenne’s Cole Mall.
Local businessman Frank Cole bought the land that would become a Cheyenne gathering place in the 1950s when the corner of Converse and Pershing was the edge of town. From 1952, Three various Safeway grocery stores have called Cole home during its half-century of existence. A plethora of other stores also served the neighborhood. From Movie Theater to Blockbuster; there was the Cole department store, the fabric store, the eastern branch of the Carnegie library, and much more.
As Cheyenne grew and changed, the mall fell into decline. Stores have closed and new ones have not taken their place. The area’s anchor, Safeway, closed permanently in 2016, and much of the rest followed. In 2018, the buildings were demolished and new construction began.

The Cole was such an integral part of the neighborhood that when we asked on social media for people’s memories, we were inundated with hundreds of responses.

Check out several of these memorabilia below, along with several photos of the Cole Mall, mostly from the late 1920s.

Large format cinematography as the new standard. Obsolescence of the S35? –…