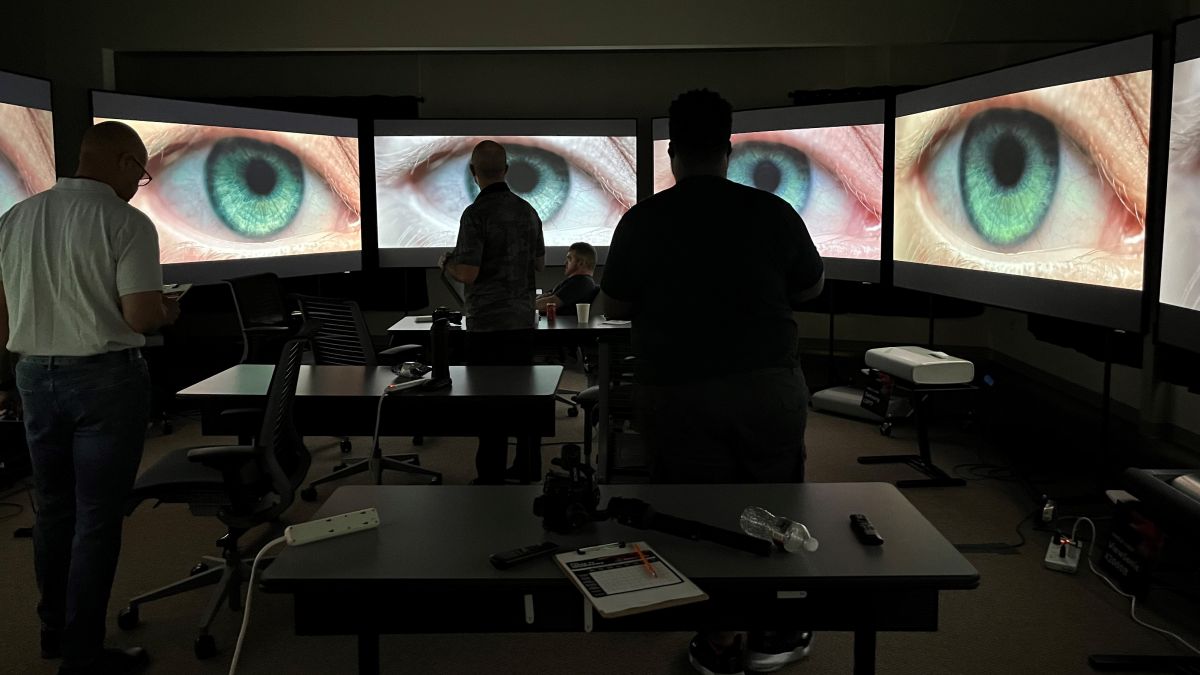 The 4K Ultra Short Throw (UST) projector category is one that has grown rapidly in recent years. At what speed? We are now at the point where it is possible to collect 14 separate models with similar specifications from different manufacturers and put them all in one room to compare their performance.

If that last part sounds like something that can be done easily, I can assure you it’s not. Still, bringing 14 models and setting them up side-by-side for a Showdown is something that projector testing and information website Projector Central undertook in order to thoroughly investigate the UST landscape.

The Showdown was hosted by A/V retailer ProjectorScreen.com at the company’s New Jersey facility and was split into two categories: single-laser and tri-laser projectors. These have been set up so that each has its own separate screen, with a Kaleidescape Strato 4K movie player and an Oppo UDP-203 4K Ultra HD Blu-ray disc player serving as video sources and a matrix switcher 8 x 8 routing the signals to the individual projectors, all of which were professionally calibrated prior to the showdown.

As a guest judge for the event, my fellow judges and I – fellow broadcast media and YouTube projector reviewers – were asked to evaluate the projectors under the following performance conditions: bright living room (HD), home cinema (HD) and home cinema (4K/HDR). Room lighting was optimized for each condition and judges were asked to evaluate the following criteria: color accuracy, detail, motion processing, contrast, shadow detail, and color gamut. For 4K/HDR performance, HDR tone mapping – an important feature for projectors – has been added to the list.

Oh, and I forgot laser speckle: a visual artifact generated by the interaction between the projector and the screen rejecting ambient light – in this case, a formulation designed specifically to reflect light from the projector positioned below and to reject light coming from above – which appears as a “grainy” overlay that is mostly visible on bright colors like red. Laser speckling is a bad thing!

As a “control,” JVC’s DLA-NZ8, a $16,000 4K laser projector considered benchmark quality by many video reviewers, was installed nearby and simultaneously fed the same signal so we could use it for comparisons with other models.

The first group tested consisted of single-laser models. With this light engine design, a blue laser is used and this light is routed through an arrangement of filters and color wheels to create the blue, green and red components of the color images. Tri-laser projectors, on the other hand, use dedicated lasers for red, green and blue light, the benefit being increased color space coverage – tri-laser models are usually designed to go beyond the BT color space .2020 Full specified for Ultra HDTV.

The Formovie theater that won the tri-laser crown was unknown to most reviewers in the test, although some of us were familiar with its Chinese counterpart Fengmi T1, a model best known for being one of the first projectors to incorporate the Dolby Vision processing. .

The Formovie looked downright good with most of the images we threw at it, in some cases seriously outclassing its competitors. (I was impressed enough to hang around and do a hands-on test, which will be posted on TechRadar soon.) Accurate colors, fine detail, solid blacks and shadows – all that could be enjoyed about this projector. What’s even more remarkable is that Formovie lists for $2,999, which is $500 less than the third place Hisense PX1-PRO ($3,486 on Amazon (opens in a new tab)) and half that of the LG and Samsung tri-laser models also featured in the Shootout.

As well as Dolby Vision support, the Formovie has a built-in Bowers & Wilkins Dolby Atmos sound system – a feature I’ll cover in detail in my next hands-on review.

Kudos to Projector Central and ProjectorScreen.com for a well-organized and executed shootout. I came away from the event with a much deeper understanding of the state of the art of the UST projector and what viewers can expect from this burgeoning, living room-friendly projection technology.

While it was surprising how well the projectors were across the board in terms of performance, especially the more expensive models, I can confidently recommend the top two in each of the categories. (Along with number three – the Viewsonic – in the single-laser test, which for me was a very close runner-up to the BenQ.) I think anyone looking to upgrade to a 100-inch “laser TV” at an affordable price would be very happy with what they get here.

Associated equipment used in the test: