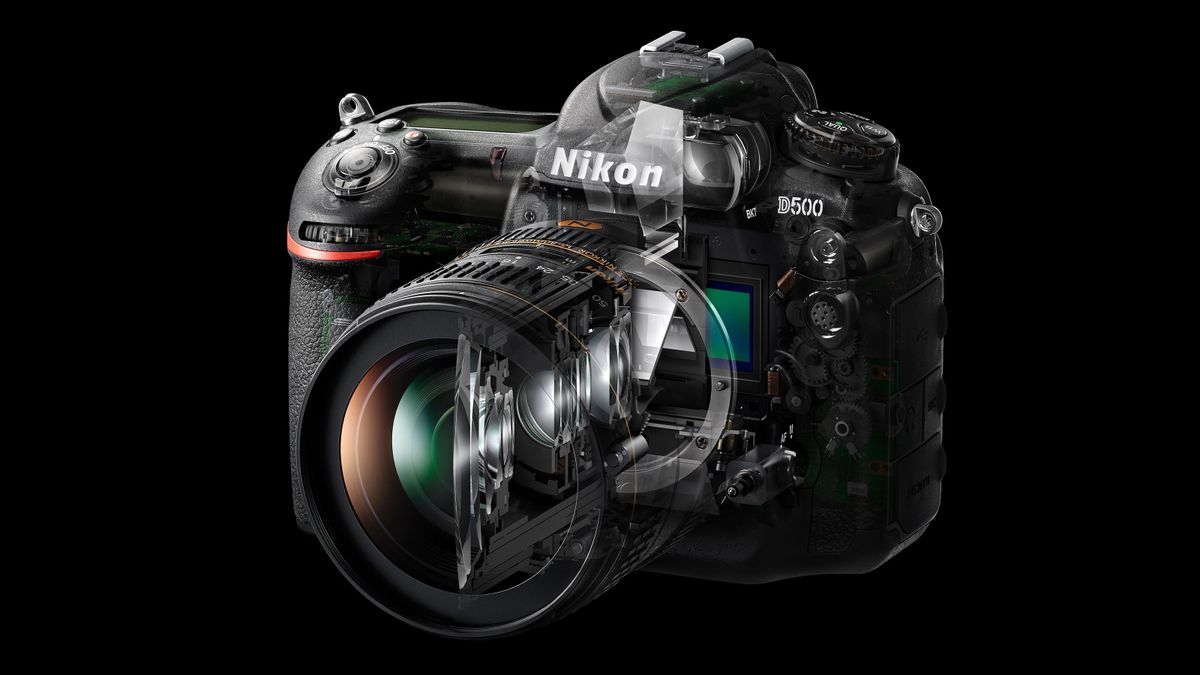 Camera mirrors are gone – are mechanical shutters next? Everything is fine, right?

There is a saying that the road to hell is paved with good intentions, and it seems true that every advancement in camera design makes perfect sense. Mirrorless cameras are perhaps the biggest example, a breakthrough that made cameras smaller and simpler and allowed a single AF system for the viewfinder and live view shooting.

So why haven’t electronic shutters taken over?

There’s a problem with the electronic shutters – and the bigger the sensor, the bigger the problem. In the ideal world, every camera would have a “global shutter” – in other words, the entire sensor area would be read instantly. That’s the holy grail of sensor design (or a digital 3D render of it – let’s stick with the digital theme).

There are specialty cameras already with global shutters, but not among the mainstream cameras we use for photography and video. The problem is, instant reading of the entire sensor area requires blazingly fast read speeds and processing capabilities. And we’re not there yet with the cameras we use.

Instead, most cameras “read” the sensor in stripes, much like how scanners work, so that while you can get a shutter speed of 1 / 32,000sec on paper, by reality is just when the photosites are on display for – and they’re not all on display at the same time. In fact, it can take up to 1/30 sec (our estimate based on what we know about current technology) to read the entire sensor even when the shutter speed is much faster.

This poses problems for fast-moving subjects and rapid camera movements – this is the reason for the phenomenon known as the “rolling shutter” among videographers. If the subject or the camera is moving too fast for electronic â€œscanningâ€, verticals appear tilted, objects are distorted. This can give the videos what is called the “jello” effect.

Some manufacturers have worked around this problem with very advanced (and very expensive) sensors and treatments. Sony believes that the rolling shutter, or shutter “distortion”, is all but eliminated with the Sony A9 II and Sony A1.

Technology is changing rapidly and soon, without a doubt, shutter distortion will be overcome and electronic shutters will become mainstream.

So is this the end of the problem? Are mechanical shutters next to be scrapped? Maybe, and maybe that’s a good thing. But maybe not.

Mechanics versus electronics: are we going astray?

The arguments seem obvious. Obviously a mirrorless camera is simpler (shall we say) … but is it? The viewing system of a digital SLR only needs a mirror, springs and levers, and a glass pentaprism. It doesn’t need power-hungry electronics, high-tech chipmaking, and a high-resolution miniature display panel.

And while a mechanical shutter has a lot of moving parts where an electronic shutter doesn’t, it means swapping out physical mechanisms that have been perfected decades ago for â€œdigitalâ€ shutters that are almost but not yet here (okay). , for video, mechanical shutters are not good at all).

We seem to have adopted, without a doubt, the belief that finely tuned physical mechanisms are inherently inferior to solid-state electronics … and by the way, the past two years have shown us that high technology can be one of the first victims of global disruption.

And there is a backlash. Film cameras are now more popular than they have been for decades, instant cameras with all their imperfections and unique instant prints are selling like hot cakes, and Fujifilm has built a hugely successful business. by making cameras the way they were made before. Some of us like music on vinyl or mechanical / automatic watches. What they have in common is that they all celebrate the physical object as opposed to the electronic.

Human beings are physical creatures. We love the buttons and dials, the leatherette and the levers. We love springs and faucets, glass and brass. Technically, modern cameras are light years ahead of the ones we used a generation ago, but have they lost their physical appeal along the way?

The cameras work in a very simple way: a case with the film / sensor, a lens to focus the image and a shutter to control the duration of the exposure. How did we make things so complicated, and why did we sacrifice the elegance and finesse of physical mechanisms for the silent sterility of electronics?

Mysterio should be Marvel’s Spider-Man 2 scarecrow