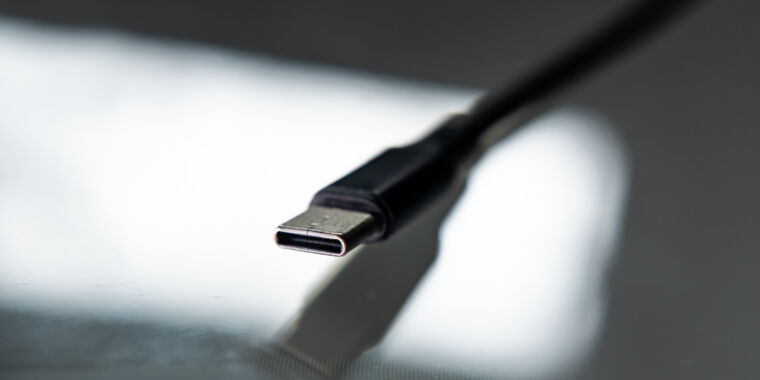 Anatel’s announcement indicated that it was following in the footsteps of the European Union. EU USB-C policy will require all smartphones, tablets, digital cameras, and certain other consumer electronics with wired charging to be powered via USB-C in order to be sold in the region. Laptops will eventually need to meet this requirement as well. Anatel is currently only discussing a mandate for phones in Brazil.

The regulator also noted that some US senators are seeking a universal charger strategy similar to EU policy.

In documents supporting Anatel’s proposal and identified by The edge, Anatel said a USB-C policy could reduce e-waste, be more convenient for consumers and help Brazil adapt to globally adopted standards. He noted, however, that such a requirement could discourage innovation around pricing standards and lead to higher costs for Anatel and the companies it regulates.

Anatel does not plan to standardize wireless charging, but the documents note that “adoption will continue to be studied both nationally and internationally to assess the need for defining standardization in this category. charging interface”, according to a Google Translate.

Another reason to consider a USB-C iPhone

USB-C is the envisioned charging standard because it’s the route the EU is taking and that US politicians have pointed out, and the connector is already widely used, Anatel noted. In the case of phones, most Android devices already charge via USB-C. The most obvious is Apple’s iPhone, which charges via Apple’s proprietary Lightning connector.

This week’s announcement puts more pressure on Apple to consider shipping a USB-C iPhone as soon as possible. Apple will already have to design a solution to comply with the next EU requirement. With the United States in North America and now Brazil in South America eyeing similar rules, it’s not hard to imagine other governments following suit.

Apple’s iPhone could go completely wireless, but it’s still too early for this technology in terms of data transfer and power efficiency. And offering both USB-C and Lightning would be cumbersome and could lead to a bulkier device.

A May report from Bloomberg claimed that Apple is already testing USB-C iPhones and could launch them as soon as next year. If these alleged tests pass, we expect a USB-C iPhone to be sold globally, and not just in markets with USB-C charging requirements, for logistical and cost reasons.