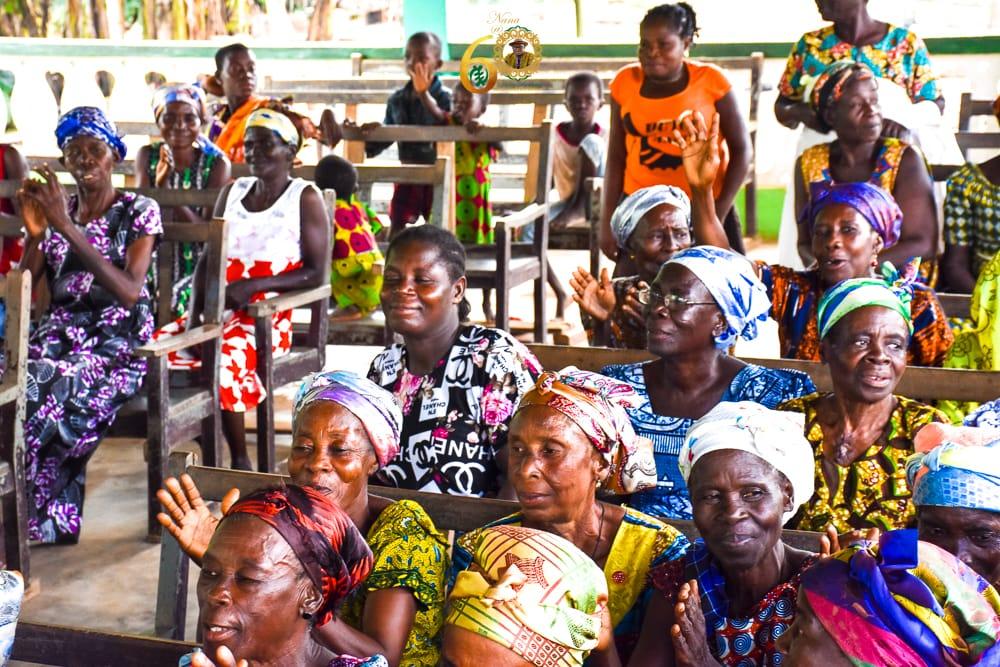 Dr Nana Ato Arthur, Head of Local Government Department, has engaged in philanthropic activities in the Komenda-Edina-Eguafo-Abrem Municipality (KEEA) of the Central Region as part of the programs to mark its 60th anniversary.

Over 100 widows and elderly women in the community of Berasi couldn’t hide their excitement as the celebrant presented each of them with half-pieces of wax prints, as they beamed with smiles from appreciation.

At a ceremony in Berasi, her hometown, Dr Ato Arthur distributed 50 GHC to each of the elderly women to allow them to sew the clothes.

A foundation stone was also cut for the construction of a state-of-the-art 350,000 GHC daycare center in the city to serve the Saaman / Berasi communities in the municipality to expand access to education.

He also hosted an epic football match between former Kumasi players Asante Kotoko and Ebusua Dwarfs, which drew dozens of people from all over the region and beyond to share in the fun.

â€œI owe a lot of gratitude to God for allowing me to mark a 60th milestone and recommit myself to doing more to improve the lot of the people in my area,â€ said Dr Ato Arthur.

He said his rise from district chief executive, member of parliament, regional minister from the center to his current post as head of the local government department requires him to look back and offer the necessary help to those who supported him, in gratitude to God.

The event was honored by dignitaries including Ms. Justina Marigold Assan, Minister of the Central Region, Dr. Archibald Yao Letsa, Regional Minister of Volta, Mr. Kwesi Biney, Former Chief Executive and Journalist of the District of Ahanta West, as well as traditional and religious leaders.

Nana Brakwa Adjei IV, Ankbeahen of Abrem-Berasi, on behalf of the people, congratulated Nana Ato Athur for her philanthropic gesture, respect and support for humanity.

In return for his kindness, the chefs read a quote in which they described Dr Ato Arthur’s gesture as “phenomenal inspiration” to make all aspire to greater heights in life.

They also donated various items to the communities